PS: Since COMMENTS section is disabled for ever, if you have the info - please send email to contact at maganti dot org . Thanks in advance
Posted by మాగంటి వంశీ మోహన్
Email ThisBlogThis!Share to TwitterShare to FacebookShare to Pinterest

Since COMMENTS section is disabled for ever, if you have the info - please send email to contact at maganti dot org . Thanks in advance

Intriguing Tale - For sure it is.

Listen carefully to his words.
If they do not change you a bit, you are not worth it!

Too bad that I cannot go, but if you can, please attend and enlighten yourself. You will be glad you went there. 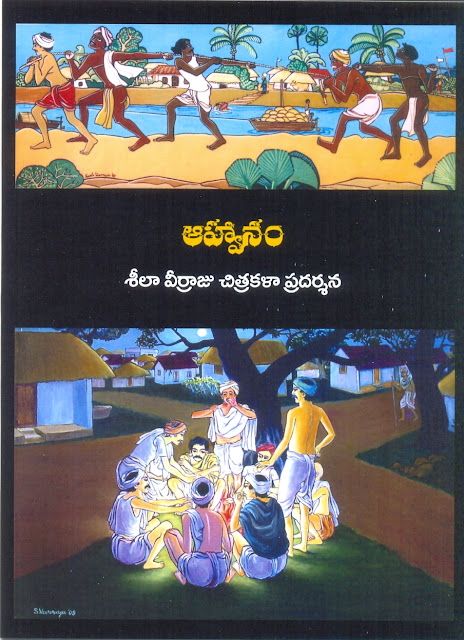 Here is a note from Dr Jampala Chowdary gaaru, for those of you in the blog world and not on face book....

The Nominations and Elections Committee of Telugu Association of North America (TANA) announced the schedule for the organizational elections for 2013-2015.

After consulting with many TANA Members, supporters and friends and dilignet deliberation, I am announcing my candidacy for the position of Executive Vice-President (EVP - also known as President-Elect). I humbly request your support for my candidacy. Together, I believe, we can help TANA continue as the most effective organization serving Telugu people, Telugu language and Telugu culture.

The reason for me to contest now after staying away from elections all these years is simple. TANA is the oldest, the largest and most active among all ethnic Indian organizations in North America. However, I believe that the future of the organization that we all love and respect is at a crucial junction. We need a strong and credible leadership that reinvigorates and involves all the members, a leadership that can provide a clear vision and strategic direction to the organization. The long term survival of the organization needs to be ensured.

I have been actively involved with TANA for more than two decades. I have a good understanding of the issues confronting the organization. I have ideas and plans for ensuring the future success of the organization. I am a hard working, successful professional and social activist with a track record of being able to bring together people with different perspectives and designing innovative and implementable solutions. I think I can serve the organization best in the role of Executive Vice-President now and as President later. I promise that, if you give me the opportunity, I will make every effort to make TANA an organization responsive to the needs of the membership and a unique and successful organization that we can all continue to be proud of.

I would very much want you to be standing by my side and supporting me as we embark on this journey.
Thank you for your support! It means a lot to me. – V. Chowdary Jampala

I say - "For the greater good of telugu language, for the cause(s) of telugu people - May you and you only win in the upcoming election - Dr V Chowdary Jampala"
Posted by మాగంటి వంశీ మోహన్ 0 comments
Email ThisBlogThis!Share to TwitterShare to FacebookShare to Pinterest

Glad to see a tribute for a living person on this e-magazine! From the past experience of reading "pAThakula abhiprAyAlu", it was a little known fact, well...not so little but, that the so called "pAThakulu" of the magazine were complaining alot, meaning left and right about the tributes this magazine was paying to "dead souls" and not to the "living souls".

Now when the magazine comes with a tribute to a living soul, that too with a big bang, the so called complainers retreated into the safe dungeons of their own! Not a single comment on tonnes of pages, except the ever graceful Mohana Rao gaaru. May be they cannot fathom the fact that their wish came true. Asking for a miracle has led to it's appearance and the wish was granted, ain't it ? lol....

Coming to VNR - am not a big fan of him or his works, not that it matters to him, but before people jump to any conclusion I want to say that I do not have enough "critical" knowledge to say something about something which is NOT critical and about which I do not know. If you get what I said just now, you are gold. If not, donot even attempt to read any further. If you are a fan of him, well and good. You can go get the blessings instead of wasting your time reading this.

He seems to be a fine person, and is well known in north american literary world which by the way does not constitute , I am guessing 5 % of our immigrant telugu population. And it is a sad fact. The rest 95 % are (I call them sweet dumbos) talking about worthless movies, junk food and rotten politics.

If you come across any of those dumbos, ask if they know VNR, they say who ? Is he in a new movie? Or if he is from old movie world and long lost brother of ANR. Or is he YSR's cousin? Not to name the names, believe it or not - this ANR brother thing happened in a meet at sacramento.

Anyways - coming to VNR's works - I read few of them before. They seem to be not to my taste - language wise or presentation wise. But it's just me!  And that's one of the reason, why I myself did not comment on any of the articles at eemaata. Let alone I post any of my comments because of their editorial policy which tends to be biased. Hey, its their magazine. They do what they want to, right ? Yep. So I stay away from commenting on that mag.

From comments to his works again - Some say that his (VNR's) translations of classics are a boon!

I humbly think that those translations are for more novice people and kindergarten kids and also for those people who have no idea about what our literature is, which in a way is good - it's better to have something for them than nothing right ? But as I said, it's just me...I just cannot read that kind of stuff which does not have stuff in it. Meaning the stuff stuffed with stuff which I already know... They have a different perspective you know, you say eh? Not interested man! I am not interested in those translations which donot interest me!

Am I Sounding rude and prejudiced? Well - I am expressing my opinion, how ever you may take it. But I have no intention to downgrade any of yours or VNR or his works or any readers of this posts "book reading abilities" ....So pls donot take it personal.

Of the trio listed there Shulman, VNR and Sanjay - Sanjay is little better than the other two. Shulman, being an outsider studying our literature - it kind of becomes fascinating for us and we tend to put him on a trampoline and enjoy his hoops and jumps! I will leave it at that.

So coming back to the mag - why am I worried about the tribute and the magazine comments?

Well - you should have gotten it by now! If not, there is no point in explaining further. Even if I do, you will not get it.

Finally, if you are a literary buff and if you have not heard of this magazine, google it and read it. It's contributors are, well...not all, but some of them are exceptionally talented.

When you go the current issue - Do read about VNR and you will know some good things and the good works he carried out that you might have never known.

Though those good things will not change my perception to NOT to read his books, essays, articles in the near future. But may be you will and pass the baton on to some one else. You will do some good to literature. And yes, without a doubt - I did mine!

Thanks for your time

While Sean Penn was close to ridiculous, Josh Brolin ruled along with help from Ryan Gosling.

Emma Stone was close to a "kick off" golden facial expressions.

Nick Nolte (Chief Parker) is the chief who takes stand to clean the city of Los Angeles which is rolling into the evil clutches of Sean Penn (Mickey Cohen) and in the process takes Josh under his wings and asks him to recruit his own crew and clean the mess up.

Josh Brolin, though this is my second movie of him - comes across as a honest cop right in the first moment. His intro does not make him Josh Brolin but the character itself and he was just amazing. Blended so well. People might find it hard with his rock face acting, well atleast close to, but this movie needed that kind of guy and he was right on spot!

Ryan Gosling comes across as a sweet nice cop (to me he was close to gayish, not that anything wrong with it, but his character and the points leading him as a supporting hand to Josh was brilliantly made).

Josh's wife Mirielle, I believe her name was, she was very cool too!

Giovanni Ribisi as officer Conway stole 40% of my left over heart from Josh's occupation. And Robert Patrick as officer Max took 30%.

If you pay attention to dialogues, sometimes are stunning, meaning very well written.

Background score could have been much better, but the fast script and the actors pace will not let you feel the lack of it. It definitely would have added a tonne of thing to the movie if the music was better.

Over all director Ruben did a splendid job. Make up was right on spot. So, for my 7 dollars 50 cents, I got 30 dollars worth of entertainment. Thank you holly wood.

Just wonder why, how and when - the stupid counterparts over in that hemisphere learn from these "excellentes"....

If you are a good movie fan, then this is for you.

If you are a "feel good" movie fan , or the so called "entertainment moron" fan , or "28 songs, 200 fights, farty humor" fan then this is for you moron! yes, it's an education for buffalo, well..may be sheep like you....go see it and spend your money on this, instead of your age old themed moronic - stupid - ugly - brainless - characterless telugu movies ....Your pea brain will be blessed, and you will be glad.

Now get your fat head, and fat ass out into the theater playing this movie...

Pls remember that some of them are unfinished versions.
Meaning minor changes pending, very minor! 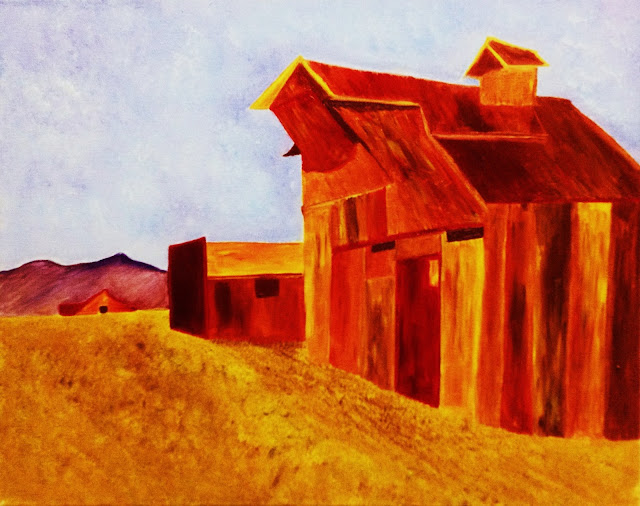 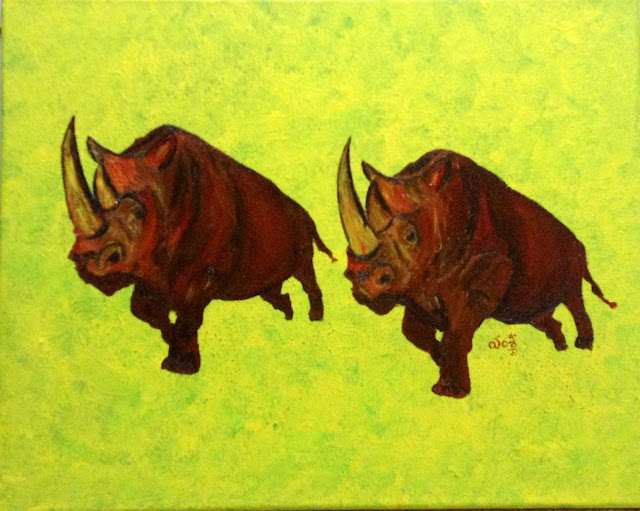 Sun Sets Where?
Oils / Acrylics on 16 by 20 inches canvas
By: Vamsi M Maganti 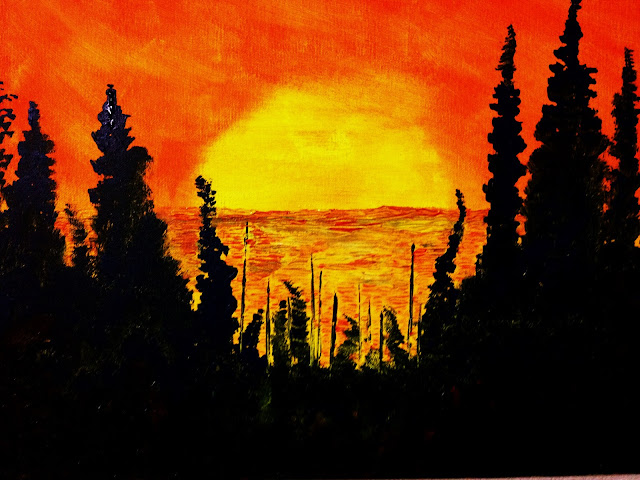 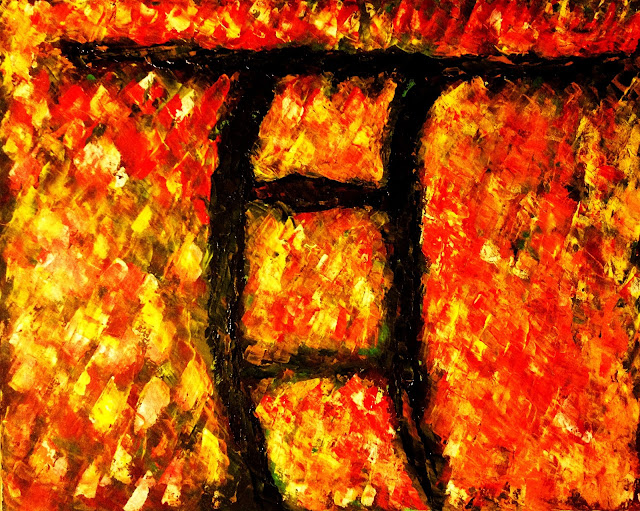 My Blue Bird
Oils / Acrylics on 16 by 20 inches canvas
By: Vamsi M Maganti 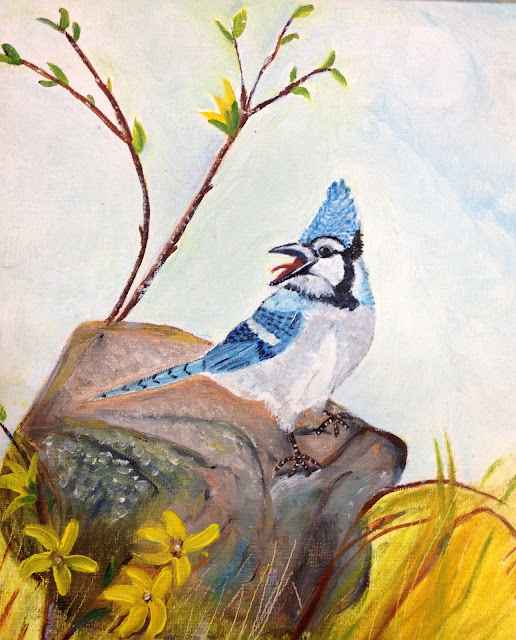 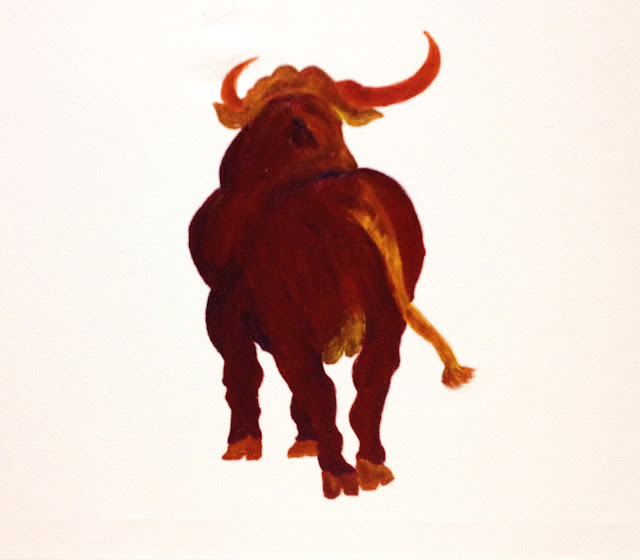 Here I come - My Name Is Fall
Oils / Acrylics on 16 by 20 inches canvas
By: Vamsi M Maganti 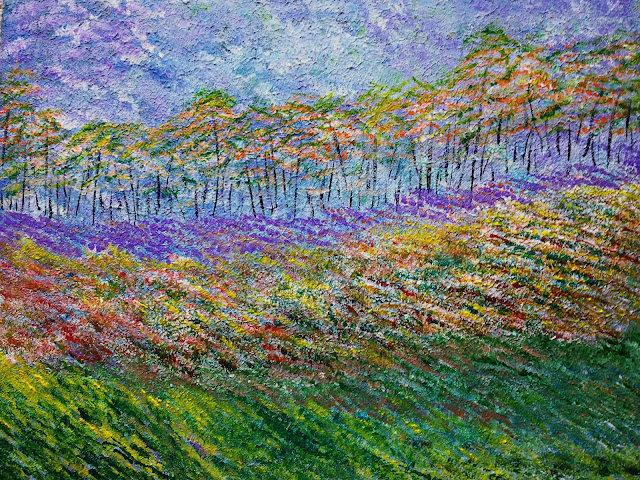 Though I did not do justice for his request, I am indebted to Sri J K Mohana Rao gaaru for including my painting in his article. And I am blessed that his article heading includes my name! Thanks a billion sir.

PS: This is the first ever "No Sketch" painting for me. Straight from brushes. Oils on 16 by 20 inches canvas
Posted by మాగంటి వంశీ మోహన్ 0 comments
Email ThisBlogThis!Share to TwitterShare to FacebookShare to Pinterest
Newer Posts Older Posts Home
Subscribe to: Posts (Atom)